When it comes to the search for great talent, employee recognition is an important strategy, and with good reason. When done correctly, it can positively impact everything from customer satisfaction to employee retention. Unfortunately, it’s not always done right, and in these cases, the negative consequences can be as unmistakable as they are regrettable. Here are some of the most common – and most serious – mistakes companies make when it comes to employee recognition.

The goal of any incentive program is to encourage, and reward specific behaviors. Sometimes, however, the behaviors that are rewarded aren’t quite what the employer had in mind. For example, when American company General Mills found insect parts in their packaged frozen peas, they offered bonuses to employees who found insect parts during the packing process. However, there was one unintended consequence. Employees started bringing insect parts from home, and “planting” them in the production line.

Putting recognition solely in the hands of HR:

Recognition is most effective when it’s delivered by the people most directly impacted by the rewarded behavior. In most cases, that’s the employee’s manager or co-workers. When recognition efforts are left to HR – as is the case with most tenure-based recognition – employees easily recognize the disconnect (especially when their manager says, “Oh, it’s your anniversary?”) When that happens, recognition becomes a disincentive.

Overreliance on the calendar:

“Employee of the Month” programs have a fatal flaw. They mandate that somebody be recognized every month, whether anyone deserves recognition or not. Employees are smart enough to know when they’re being recognized just because it’s time to recognize someone. As with recognition that comes from HR with no managerial involvement, it’s a disincentive.

Recognition works best when it’s specific, and directly relatable to company goals. Recognizing someone for “working hard” can backfire, because it communicates to other employees that effort, not results, is what matters.

Recognizing employees only at the team level:

Yes, fostering teamwork is important, but when recognition is doled out solely at the team level, it can foster resentment and frustration. Some employees will always have more of an impact than others, and that’s a situation ripe for creating problems. Whether it’s because of a lack of motivation or a lack of skill, some employees won’t pull their own weight, and those who make up the difference will resent having to do the extra work, while being held back by someone else’s limitations.

Focusing on giving rewards rather than recognizing employees who have earned them. Participation trophies have become a growing trend in children’s sports. Kids get a trophy just for being part of the team, rather than for any specific contribution. Kids are bright enough to recognize that for what it is – and so are adults. Rewards that are earned put the locus of control on the employee who earned them, rather than on the benevolent giver. 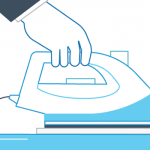 Payroll Planning: From Tactical to Strategic